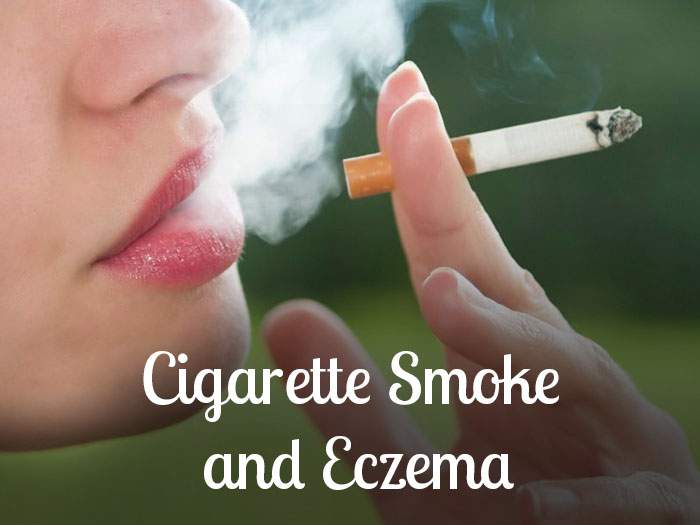 Eczema or Atopic Dermatitis (AD) is an inflammatory skin condition for which the cause is unknown,  but several triggers resulting in its flare-ups. While most of us consider the common factors like, food allergies, harsh chemicals, pollens behind aggravated eczema symptoms, we rule out an important determinant, smoking.

Environmental Tobacco Smoke (ETS) and Cigarette smoking are often not considered as a source that may cause the skin conditions to worsen. If asked, ‘Is smoking bad for eczema?’

The answer would be a big ‘Yes’. The toxic chemicals inhaled during active or passive smoking are sufficient to intensify the symptoms of atopic dermatitis.

Smoking is often linked to several health concerns. Mouth cancer, lung cancer are the most common terms associated with smoking. As per the statistics, smoking has been considered as the main cause of approx. 438,000 deaths per year in the USA.

The composition of cigarette is found to contain an approximate 600 ingredients that generates 7,000 chemicals when burned. Out of the list, 69 of these chemicals have been termed carcinogenic and many others are poisonous in nature. If these chemicals are used in a product, they are specifically mentioned in the warning labels. On the other hand, these tobacco smoke packs carry no such warnings.

A few of the chemicals produced by Tobacco Smoke include:

Also Read  Eczema and Exercise - How to Exercise Safely with Eczema?

In addition to the other harmful chemicals, nicotine present in the smoke is determined as the main causative agent behind severe skin conditions and other fatal consequences. Scientifically, it has been deduced that nicotine blocks the flow of blood and oxygen reaching to your skin.

This makes skin conditions like eczema, psoriasis and other rashes adverse. Also, the recovery time for skin damages slows down, as a result of which, skin becomes more susceptible to microbial infections and scarring. Nicotine even leads to an early ageing of the skin and appearance of the wrinkles.

Another important aspect related to smoking is Environmental Tobacco Smoke or commonly known as second-hand smoke or passive smoking. ETS is equally harmful as active smoking. Breathing in ETS signifies you are exposed to approximately the same level of risk as in case of direct cigarette smoking.

“Environmental tobacco smoke and the risk of eczema symptoms among school children in South Africa: a cross-sectional study”

“Tobacco smoking and hand eczema – is there an association?”

“The effect of environmental tobacco smoke on eczema and allergic sensitization in children.”

How Smoking During Pregnancy Affects You and Your Baby

An unborn baby gains the essential growth nutrients from their mother. Even after a birth, an infant’s growth requirements can be fulfilled by the mother as they are majorly dependent on breastfeeding during the initial 6 months of their childhood. However, the mother’s diet and nutrition is an important factor especially during this phase. An improper eating plan, drinking and smoking can develop allergies, ailments in the unborn or a newborn baby.

Studies suggest that mothers who smoke in pregnancy period are at higher risk of giving birth to a baby affected by eczema. It has been emphasized that not only active smoking but passive smoking during pregnancy has an association with eczema in babies. A study findings suggested that in totality infants are at a risk of developing eczema by 32.7% but those exposed to cigarette smoke between 28 weeks of gestation and birth are at least 6 times more at risk of being affected by the skin condition.

Smoking results in the onset of Atopic Dermatitis during pregnancy as it disturbs the immune response of the developing foetus. More research is required to deduce the exact reason behind as to what leads to eczema in babies born to mothers exposed to toxic smoke during pregnancy. However, it is being suspected that oxidative stress is correlated to this condition.

Other than smoking, even other factors, including genetics, family history of eczema, environmental factors, stress are related to the occurrence of AD in infants.

Passive smoking is equally detrimental as smoking cigarettes can make eczema worse. ETS is specifically hazardous for children. As a result, most of the closed-in public areas around the globe have banned smoking. For those with eczema, it is strictly recommended to stay away from the areas or environment where you might be exposed to toxic smoke as this can aggravate your symptoms.

Are smoking alternates safe for eczema?

Marijuana, electronic cigarettes, smokeless tobacco, cigars and vaporizers are often considered as  safe alternatives for cigarette smoking. However, the truth is that although these products are less toxic in comparison to traditional cigarettes, they carry nicotine in certain amounts that is bad for health.

A brief about the smoking alternates suggest:

Although, not many studies stand in support of quitting smoking to watch the symptoms of eczema but an  evidence obtained so far emphasizes on the detrimental effects of smoking that may worsen eczema conditions. It is highly recommended to put down that burning stick, full of toxins to avoid the side effects. Hence, if you are living with eczema or are pregnant, simply say a big ‘no’ to cigarettes and restrict from breathing in ETS.

Why Natural Treatments For Asthma Are Becoming Prominent? 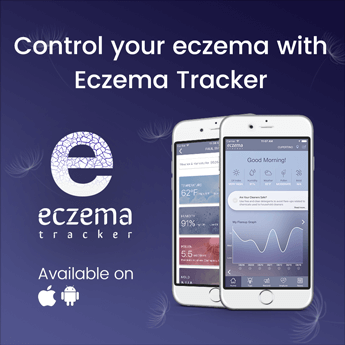